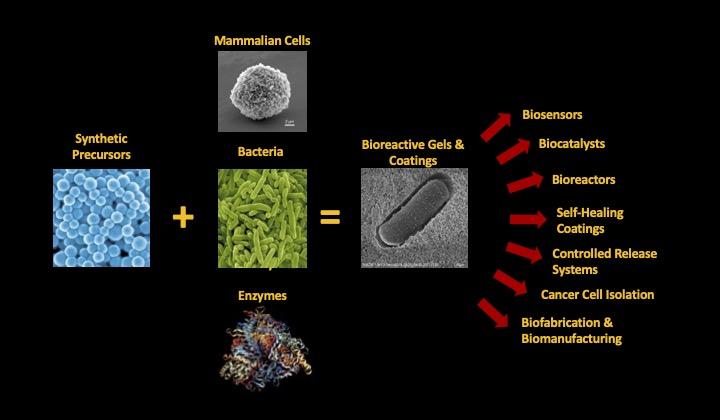 Our research in biostabilization aims at developing methods to enhance storage stability of macromolecules, cells, and tissues using thermodynamics and biotransport principles.

Our research in bioencapsulation aims at designing and manufacturing organic-synthetic biomaterials to be used in biotechnology and biomedicine.

Highlights on Bioencapsulation of Bacteria 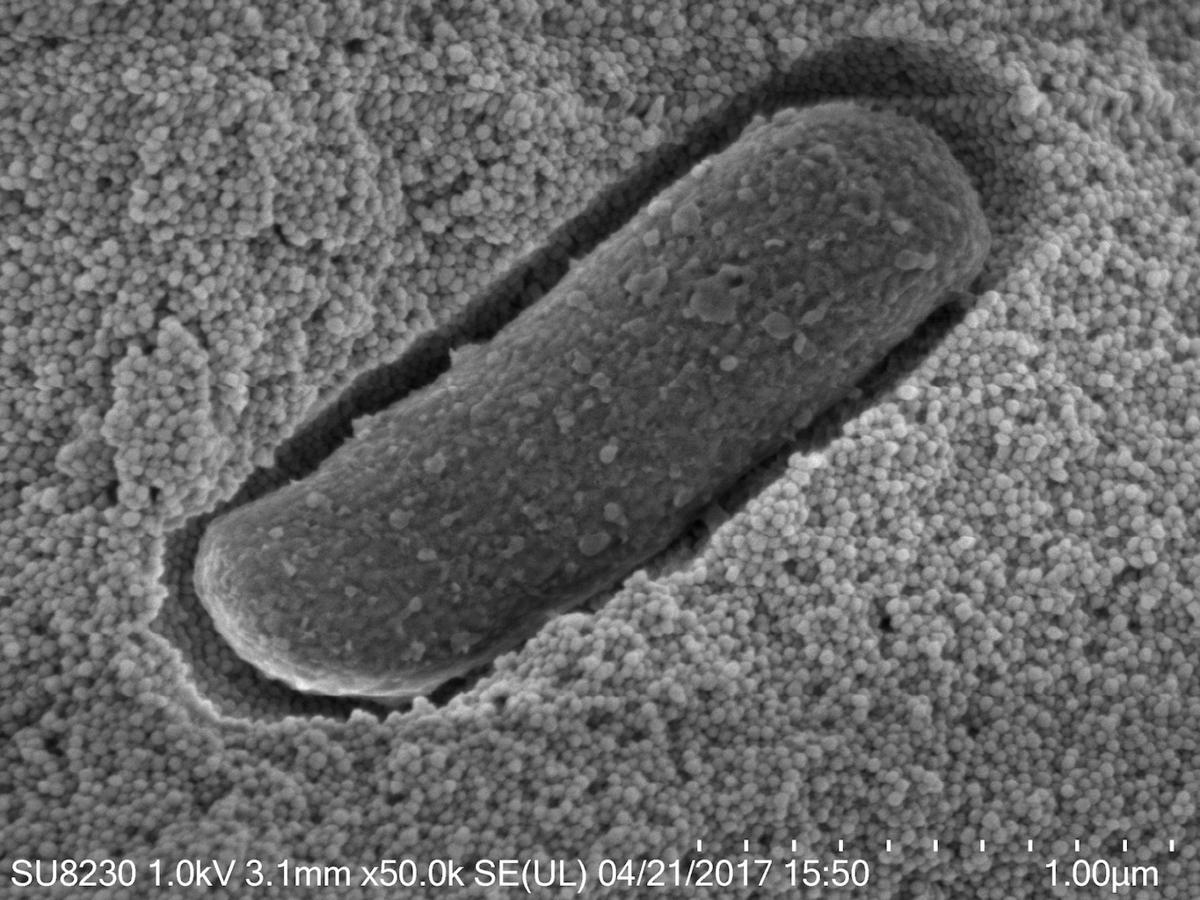 Bacteria can metabolize many chemicals, some of which are very toxic to other organisms. Therefore, they can be used to degrade and remove industrial and agricultural pollutants from drinking water. We encapsulate bacteria in sturdy and porous gels so that we can control and integrate them into exiting industrial processes.

Another aspect of encapsulation is creating a synergy between different encapsulated organisms. For example, the oxygen produced by encapsulated cyanobacteria could be used by a different species of bacteria to degrade hydrocarbons. 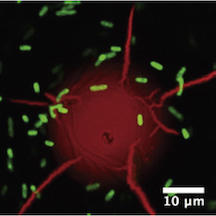 The ultrastructure of the encapsulation matrices should be designed carefully. For example, hydrophobic sinkholes (in red) could be used to concentrate hydrophobic chemicals, which are then degraded by the bacteria (in green) encapsulated in close proximity, increasing the efficieny of degradation.

To decrease the diffusion barrier, instead of encapsulating bacteria in a thick gel, it may be better to apply layer-by-layer deposition techniques to coat the bacteria in a porous shell of 50-100nm thick, developing an exoskeleton that protects the cell. 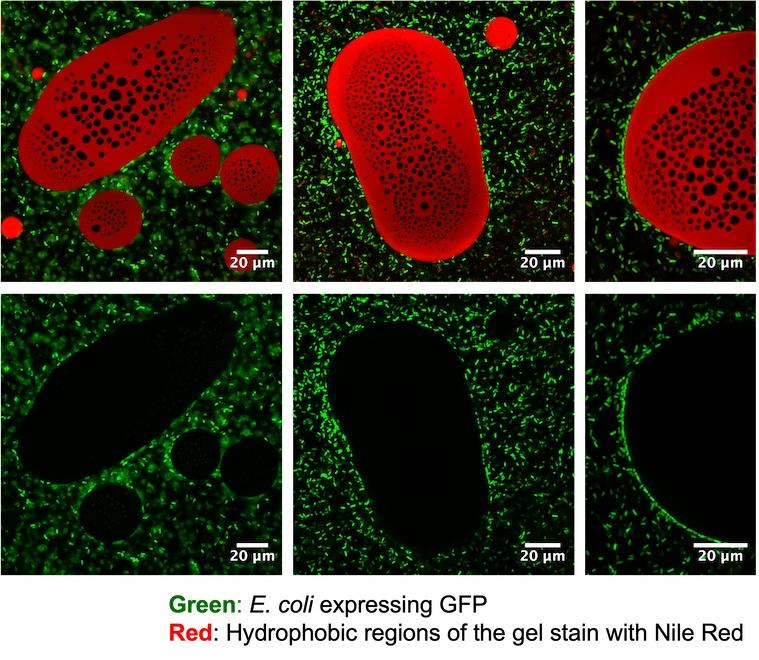 Highlights on Induction of Dormancy by Immobilization

Tumor recurrence is a major clinical problem in ovarian cancer, which is the fifth most common cause of cancer deaths in women. Around 22,000 women in the U.S. will be diagnosed with ovarian cancer each year, with 64% of these patients ultimately succumbing to the disease. While most patients initially show responsiveness to chemotherapy, approximately 20-30% of patients with ovarian cancer have platinum-resistant disease, defined as recurrence of the disease within 6 months of the completion of treatment. Some of the recurrence ois due to Dormant cancer cells, which are by definition non-proliferative, are difficult to kill by chemotherapeutic agents that only target rapidly proliferating cells. Certain cancer cells can enter dormant states to survive unfavorable environmental factors such as metabolic or oxidative stress or dysregulated extracellular matrix (ECM) interactions. However, not all tumor cells are capable of entering dormancy in response to stress, and it is hypothesized that the dormancy-capable subpopulation may be composed of cancer stem cells that are also believed to be chemoresistant.

We developed an in vitro 3D synthetic gel assay that induces single cell dormancy by mechanical immobilization. In experiments conducted with cell lines, this method is shown to select for, and thus enhance the population of, dormancy-capable cancer cells by killing the dormancy-resistant cancer cells, and stromal cells.